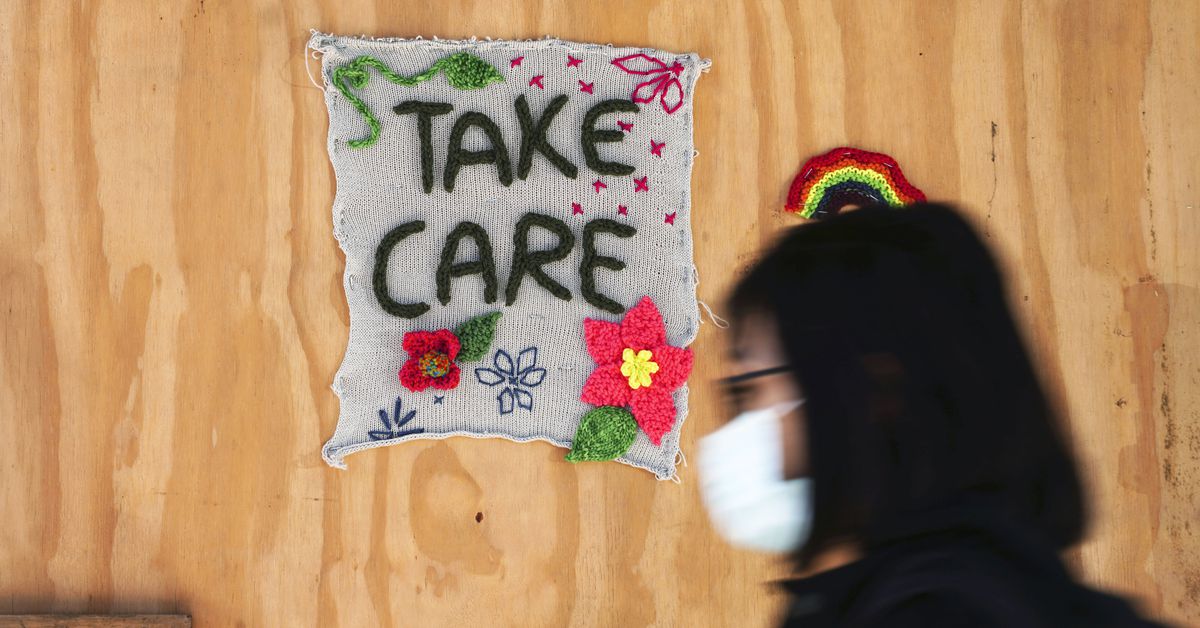 When the pandemic first sent Americans home in March 2020, licensed psychotherapist Lisa Bahar believes many of them were happy to have a break — from school, from work, from the commute and driving the kids around. Also, most people have had access to financial assistance they did not have before, such as federal stimulus money.

But as COVID-19 dragged on, the story changed and both sadness and depression increased. People gained unwanted weight. And they began to wonder if life would return to what used to be normal, or if they would have to adjust to a new version.

Bahar has seen the increased stress, sadness, and depression in her family therapy practice in Newport Beach, California. Research studies also support the trend, including the 2021 American Family Survey, a nationally representative annual study conducted by YouGov for the Deseret News and Brigham Young University’s Center for the Study of Elections and Democracy.

Both mental and physical health have been hit by the pandemic, survey participants said. It also became more difficult to access medical care, especially psychiatric services.

“One of the biggest impacts of this pandemic on our mental health is the loss of social support,” says David Routt, a licensed clinical career counselor in Caldwell, Idaho. “Many of us have relied heavily on others to keep the wheels of our lives turning, and when that support is lost we don’t move as well as we did before. This increases the stress significantly, which can easily lead to depressive or anxious symptoms.”

Who suffers the most?

Although many pandemic-related restrictions have been lifted in recent months, life remains different than it was.

“People of all ages come to me because they’re experiencing feelings that lead to a lack of motivation, an inability to engage in social activities, or withdrawing from family members,” said Laurie Singer, a licensed Marriage and Family Therapist in Camarillo. California. “These individuals exhibit inappropriate behavior because of these feelings.”

Singer believes the pandemic is to blame for the surge, and part of her therapy is finding ways to help people see the positive in their lives.

“In these times of uncertainty, it’s harder to get people to focus on the positive. People have different opinions and belief systems,” Singer said.

She noted that family and friends may target or avoid a person based on their beliefs about the pandemic. And school-age children absorb the discord and struggle to process it, sometimes leading to maladjustments such as aggression or noncompliance.

Meanwhile, older people are more prone to isolation and loneliness, which brings with it other problems, including a lack of self-care, she said.

People were accustomed to interacting with friends, family, and even places until the pandemic ended much of that behavior, David Simonsen, a family therapist from Olympia, Washington, told Deseret News. “This inability to get out and express yourself, to be social, and generally to be free to do what you wanted has had a negative impact on mental health.”

About a third of American Family Survey respondents said their feelings of sadness or depression increased. Only 9% said they felt less sad or depressed between March 2020 and when the survey was conducted in late June and early July 2021. Around 3,000 adults were interviewed for the survey.

In addition, more than a third said they had gained weight, compared to 17% who lost and 49% who stayed the same, the survey found.

In the survey, single adults without children most frequently stated that they were more depressed or sad (40%).

Bahar has seen many single adults feel very lonely and sad, especially college students who either had to leave their campus, friends, and classes, or conversely, those who were stuck where they were. High school kids missed out on a ton of fun activities and social gatherings — and many had put their college plans on hold for a while, too.

Young people, she said, “had a lot of depression and disappointment and felt isolated and lost their community.”

Bahar said married couples with no children she knew seemed to be getting closer, at least initially. For some, that changed later with too much togetherness.

Those with children have had to make other adjustments, some quite stressful, including how to conduct classes remotely. For parents struggling with this, “it became a big problem not knowing how to teach kids and feeling bad about it and frustrated that they had to do it,” she said.

For anyone who has been ill from the pandemic, “home quarantine can be extremely isolating, and humans were created to nurture relationships, so it stands to reason that we would suffer from that lack of human contact,” Routt said.

He thinks that extroverts may have had the hardest time dealing with it. “There’s a lot of truth to the fact that about half of our population is ‘more comfortable’ with being home alone on a Saturday night.”

Simply having others around – whether children or a partner – provides a natural support system at home. “Those relationships can keep us going,” Routt said.

However, it is also true that families sometimes increase stress, including in difficult intimate relationships (possibly through abuse), when we need medical support or child care or treatment, or when someone loses their job or is ill.

“If we look at the many variables that affect our lives, there are many reasons people are already stressed or depressed,” Routt said. “With the addition of a global pandemic, it doesn’t make it better, it makes it much worse.”

Funds also played a role. The survey found that high-income people in households earning at least $80,000 a year are slightly less likely (29%) to report an increase in sadness or depression than 34% of those earning less than $40,000 and 31% of those with an income in between. The margin of error for the survey is plus or minus 2%.

Problems with weight gain and eating can be a symptom of depression, according to Simonsen. And that’s not unexpected in a global pandemic.

“When there aren’t places to go and nothing to do, it’s bound to be problematic to sit at home and enjoy the latest show on Netflix,” he said.

Bahar said weight gain has been a common patient complaint and the stress it causes is noticeable to many.

But for many people, negative self-talk, body image, and self-indulgence also increased as their weight increased. For those already struggling with body image issues or an eating disorder, the pandemic has been particularly bad.

She said more of her young male clients were eating more, drinking more and using more substances during COVID-19. Couples staying home for six months earlier in the year followed a similar pattern. And even when they weren’t drinking, they were preparing more meals at home: breakfast, lunch, dinner, and more snacks.

Among respondents, the proportion who gained pounds ranged from 30% among married parents to 36% among single parents. Those without children fell somewhere in between.

Eating is a proven coping mechanism, Routt said, noting that “eating releases dopamine in the brain, which makes us feel better. It is one of nature’s most natural drugs.

Slightly fewer men (39%) than women (45%) reported gaining weight unintentionally, but the men who did gained more pounds, 37 compared to 22 for women.

In this survey, Millennials were hit hardest by the so-called COVID pounds: 48% said they had gained weight and the average was 41 pounds.

But 47% said they have delayed or canceled health services.

As the pandemic began, Americans braced themselves to weather what they expected – and officials predicted – would be an ominous but temporary crisis. Instead, COVID-19 has found its own rhythm, ebbing and changing and erupting in an unpredictable, daunting cycle.

Policy makers and public health officials find it difficult to predict what will happen next.

Insecurity never reduces stress. Americans are in a “slow process of accepting a new reality, the end of which is not clear here,” Bahar said. “It might be a way of life that we have to accept.”

Still, many people – including Simonsen – are hopeful.

“As life gets back to a new normal, I imagine we’ll see depression rates go down and weight gain slow, which is a great thing,” he said.