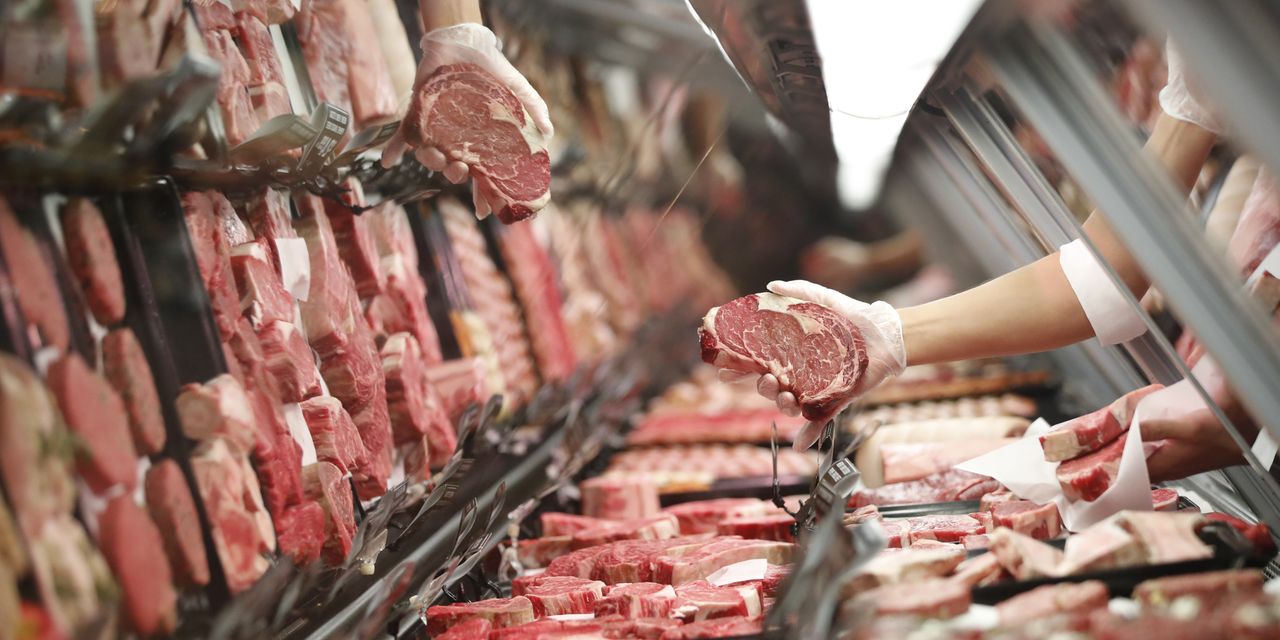 President Biden has found a scapegoat for rising inflation: the meat industry. Mr Biden claimed last week that meat packers – who process, package and distribute meat from farmers and ranchers – are driving down prices and driving up consumer prices for beef, chicken and pork. As they say in cowboy country, Mr. Biden claims with only a hat and no cattle. Unable or unwilling to acknowledge the problems that are actually driving inflation, Mr Biden suggests solutions based on the same failed policies that got us into this inflationary mess.

Meat prices are rising because the meat industry, like virtually any other industry, faces dramatically higher production and labor costs. It’s not a secret. Start with feed costs, which are at historic highs. As the Journal reported on Dec. 27, feed costs skyrocketed in 2021 and are expected to be volatile this year. This makes livestock more expensive, which in turn increases the cost of meat.

The feed costs are partly higher because the fertilizer costs are higher. American Farm Bureau Federation data shows the cost of anhydrous ammonia used in nitrogen fertilizers were up 210% in September 2021 compared to the previous year.

Fuel costs have skyrocketed along with gasoline prices 58% increased in November compared to last year, according to the Bureau of Labor Statistics. This increases the cost of transporting cattle to processing plants and finished products from processing plants to your local grocery store.

Labor costs are also higher – much higher. The Washington Post reports that meat processors numbers a starting wage of $ 14.50 an hour before the pandemic – a number that has climbed to $ 22. Tyson Foods recently announced that it spent $ 500 million on wage increases and bonuses last year, including $ 50 million on employee bonuses. But with 10.6 million vacancies in November, only 6.8 million people Unemployed and 4.5 million people who have left their jobs, meat processors, like most companies, have struggled to find and retain workers despite significant wage increases. This labor shortage leads to delivery bottlenecks.

With the global demand for meat increasing, higher costs and work-related supply bottlenecks are obviously driving dramatic price increases. Supply and demand are not difficult to understand. But common sense goes out of the window when politicians play blame.

Mr. Biden wants to increase state control of meat packers for antitrust reasons in order to bring prices down. Four packaging companies account for around 80% of beef processing, 70% of pork processing and a little more than half of poultry processing. But the “Big Four” companies identified by the President compete with one another, much like large companies in other industries. About half of the chicken market is controlled by competitive regional companies, not the big ones. Even so, prices are rising. Mr Biden’s claim that “capitalism is not capitalism without competition” sounds hollow when there is indeed competition.

In reality, the competitive field in meat packaging is essentially unchanged from before the pandemic. Meat prices have skyrocketed because of skyrocketing costs and labor shortages, not a lack of competition. Recognizing and addressing these issues could actually help lower inflation.

Instead, Mr. Biden is reaching for the standard big government game book – increased regulation and federal spending. The White House issued a statement in which it pledged to introduce “new, stricter rules under the Packers and Stockyards Act” against meat packers. The Ministry of Justice and the Ministry of Agriculture will also step up their controls.

Does anyone outside the White House believe that increasing regulatory burdens on meat packers will lower meat prices?

As for more government spending, Mr Biden pledged to spend $ 1 billion subsidizing smaller processors to increase competition. Helping smaller businesses is certainly a worthy goal. But government freebies offer short-term help at best. A more effective approach would be to reduce, rather than increase, the regulatory costs that put smaller processors at a competitive disadvantage. Larger companies are better able to bear these costs.

Several farm state Republican Congressmen have tabled bills to deregulate state-controlled meat sales that are worth endorsing as long as they don’t compromise food safety. The US Department of Agriculture, in collaboration with the Occupational Safety and Health Agency, recently announced regulatory changes to a pilot program to increase line speeds in pork processing plants that, if widely used, could lower costs.

Inflation is a growing problem that requires effective solutions. Mr Biden’s plan to ignore underlying causes and scapegoat others is not a solution. Without a change in policy, November voters may wonder: where’s the beef?

Mr. Puzder is a former CEO of CKE Restaurants, Chairman of 2ndVote Value Investments Inc., and a Senior Fellow at the America First Policy Institute. Mr. Coggin is the executive director of the Center for Consumer Freedom.