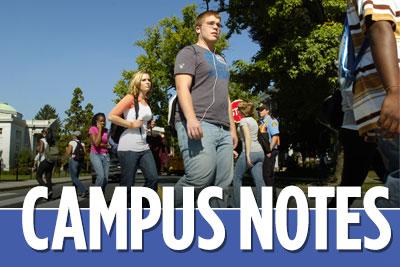 Pine Grove’s Alyssa Zerbe, who majors in art and psychology, presented a poster entitled “Piercings and Tattoos: Do They Leave a Trace in Perception?”

The college said the following students were recognized with Berk’s Service and Leadership Awards:

• Ja’nique Jules was named a 2022 recipient of the Eric A. and Josephine S. Walker Award. Established in 1980 by Penn State President Eric Walker, the award is presented annually to an undergraduate student whose outstanding personality, scholarship, and leadership qualities contribute to the reputation of the campus.

• Samantha Hagenbush is the recipient of the 2022 Howard O. Jr. and Jean S. Beaver Award for Community Service. The award honors a student for outstanding contributions through community service.

• Katie Anders received the J. Dean Stephans Memorial Award for Student Leadership. The award was created with the intention of honoring a student who demonstrates strong leadership skills while encouraging engagement from others.

• Adam Brezina received the 2022 Blaine Steensland Award for Outstanding Student Leadership and Service. The award was established in 2006 by members of the Student Government Association to recognize outstanding achievement by a Penn State Berks student. Brezina is a Lions ambassador, freshman mentor, resident assistant and executive board member of the Campus Activities Board.

The college did not provide the types of degrees and the students’ majors.