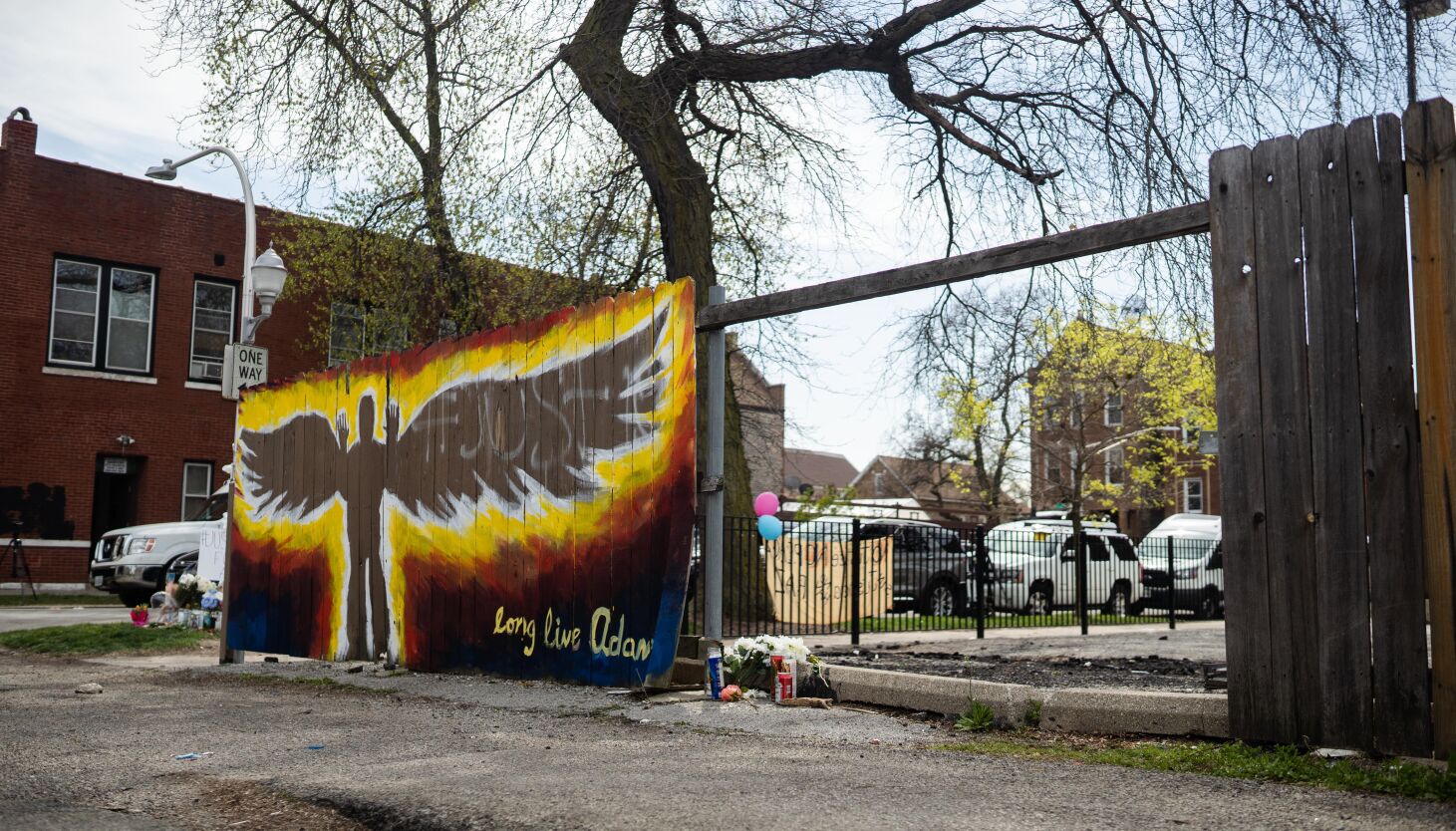 Adam Toledo’s family filed a wrongful death lawsuit Tuesday against the city and the Chicago police officer who shot and killed the 13-year-old during a chase in Little Village last year.

The lawsuit was filed less than two hours before Cook County Prosecutor Kim Foxx announced that her office would not be filing criminal charges against Stillman over the teen’s death.

Foxx also announced that the officer who killed 22-year-old Anthony Alvarez just days later – also during a car chase – would not be charged.

In the Toledo case, Stillman’s body camera video shows him chasing Toledo down an alleyway in Little Village after responding to a ShotSpotter alert on March 29. The officer ordered him to stop and show his hands.

The video shows Adam standing sideways in a large gap in a wooden fence with what appears to be a gun in one of his hands behind his back. The officer was across the alley when he yelled, “Drop it!”

In less than a second, Adam dropped the gun and raised his hands as the officer fired. Adam fell to the ground and the officer called an ambulance and performed CPR.

However, the lawsuit argues that Adam “never constituted an imminent threat of death or serious physical harm to Stillman or any other person. Adam never brandished, pointed, or otherwise threatened Stillman with a gun or any other weapon.

“Stillman’s conduct and use of excessive and deadly force was not objectively reasonable,” it said.

“Stillman unholstered his service pistol during the pursuit, contrary to the instructions in the CPD Foot Pursuits Training Bulletin,” the suit reads. “As instructed by Stillman, Adam slowed to surrender as he approached an opening in the alley’s fence. However, Stillman failed to de-escalate the situation as required by the February 2020 CPD policy on use of force.”

The deaths of Adam and Alvarez sparked protests and calls for an amoratorium on foot chases. The lawsuit alleges that the city’s “year-long failure to address deficiencies in the police department’s policy regarding on-foot chases” led to Adam’s death.

The lawsuit seeks unspecified damages for “sorrow and emotional pain and suffering, loss of comfort, love, affection, support, protection and companionship” as a result of Toledo’s death.

Tim Grace, an attorney for Stillman, said he has not yet seen the lawsuit. The city’s legal department did not immediately respond to a request for comment.

The city’s legal department “has not yet officially served the complaint through the proper legal process,” spokeswoman Kristen Cabanban said late Tuesday afternoon. “Upon receipt, the complaint will be examined. We will not comment further as the matter is now in litigation.”

Last month, the Alvarez family filed a state civil rights lawsuit against the city of Chicago, citing its failure to implement a police foot-tracking policy.

“The city’s failure to implement a foot-tracing policy and its support for a policing culture of impunity were the driving forces behind the death,” the lawsuit says.

Christopher Smith, a family attorney, said the officer who tried to stop Alvarez that night “did not see Anthony break any law, nor was Anthony wanted for an act of violence or a felony.” Frightened and frightened, Anthony ran away.”

6 ingredients to look for in the best weight loss shakes