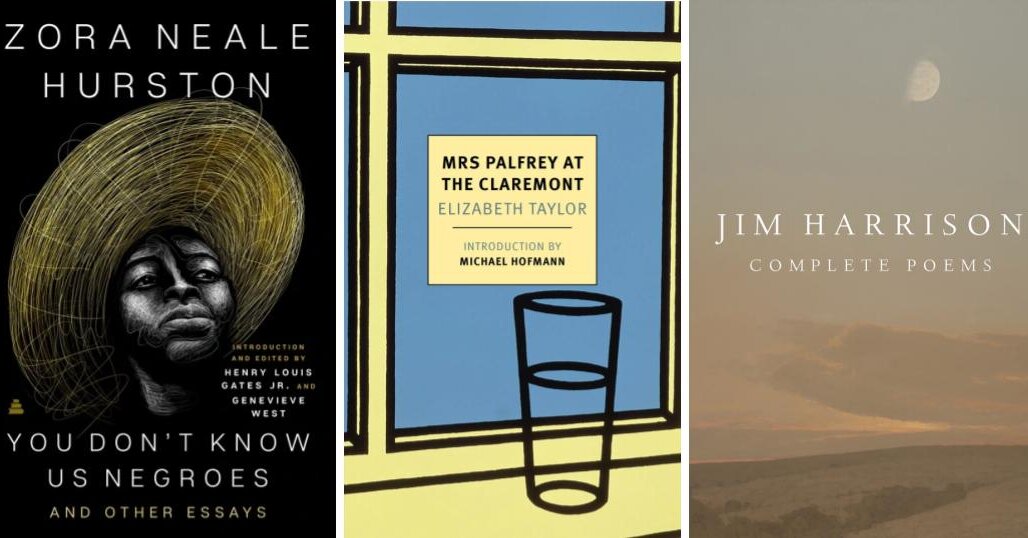 11 new books we recommend this week

OLGA DIES DREAMING, by Xochitl Gonzales. (Flatiron, $27.99.) Liberation is the focus of this debut novel about a wedding planner who is the daughter of a revolutionary. Gonzalez’s thoughtful story explores how to break free from a mother’s manipulations, from shame, from pride indistinguishable from fear, from abandonment, from oppression and from greed. “What is the American Dream these days, anyway?” Maggie Shipstead writes in her review. “It’s worth asking yourself what we’re actually supposed to be dreaming about. Olga Acevedo, the title character in Xochitl Gonzalez’s debut novel, Olga Dies in a Dream, wrestles with this question.”

ANTHEM, by Noah Hawley. (Large Headquarters, $29.) In his sixth novel, which envisions an epidemic of teenage suicides in the years after Covid has abated, Hawley (also the showrunner of the popular TV series Fargo) taps into and channels our existential fear of the fragility of adolescent mental health in a, a powerful page turner that’s equal parts terrifying, disastrous, and entertaining. “Considering Hawley’s talent as a screenwriter, his dialogue brings the characters to life. Again and again the exchange is humorous, sad and insightful,” writes S. Kirk Walsh in her review. “Hawley’s concerns as a father underpin this clumsy, pyrotechnical novel, lending depth and meaning to its dramatic violence and ending. Instead of victimizing the teenagers, Hawley gives them agency and power in a collapsing world.”

MRS. PALFREY IN THE CLAREMONT, by Elizabeth Taylor. (New York Review Books, paper, $15.95.) Taylor’s penultimate novel, originally published in 1971, follows old people as they retire in a residential hotel. A portrait of Britain at the end of the Empire, with a boundless capacity for the comic and the ridiculous, confirms Taylor’s place among the finest fictional minds of her generation. “Obsessed with the quality of absolute serenity and attention – such that the whole is present in every part of a particular book – Taylor was a novelist from the tips of his fingers to the depths of his brain,” writes Geoff Dyer in his review. “Was there any better chronicler of English life as it unfolded in the 30 years after the end of the Second World War?”

EMOTIONAL: How feelings shape our thinking, by Leonard Mlodinov. (Pantheon, $28.95.) Mlodinow’s thought provoking new book cleverly examines how emotions affect our thinking, with compelling examples and attention to the latest research. “Since mind, brain and body are one, it is impossible to separate our vaunted rationality from emotions,” writes Frans de Waal in his review. “Mlodinow deals skilfully with this topic. … He writes in a brisk, friendly style that easily draws you in and makes you think, both through the anecdotes told and through your own handling of comparable situations.”

Call me Cassandra, by Marcial Gala. Translated by Anna Kushner. (Farrar, Straus & Giroux, $26.) The young narrator of this novel believed from an early age that he was Cassandra, the Trojan priestess whose prophecies go unheeded. Alternating between the hero’s troubled youth in 1970s Cuba and his military service in Angola, Gala paints a haunting portrayal of an outsider trapped in the wrong body. Marcela Valdes, reviewing the book, calls it a “dazzling” novel: “Gala deftly pushes the boundaries of both realism and first-person perspective, making it impossible for the reader to determine whether Raúl/Cassandra is actually supernatural or the character it’s visions are a Mittyan reaction to the many humiliations and brutalities he/she must endure.”

JIM HARRISON: Complete Poems, edited by Joseph Bednarik. (Copper Canyon, $40.) Famous for novels, Harrison was also a poet of immense lust. Pleasure and mortality are the twin themes of this vast and expansive collection, spanning his career from his debut in 1965 to his death in 2016. “Accepting the cost of pleasure and its eventual transience is the inevitable downside of Harrison’s solemn hedonism,” writes Troy Jollimore in his review. “American approaches to the spiritual have always emphasized the physical, either by attempting to purify the body or by embracing its desires and limitations. Harrison takes the second path, reminding us, as the Christian mystics loved to do, that all that is sacred and holy must become material and carnal in order to enter our lives.”

The Medical Minute: Doing something for others lifts the spirits – and promotes health